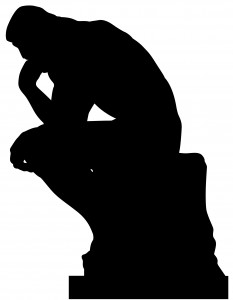 Modern day liberalism actually had its beginning in 1054 when the Roman Catholic Church fell into heresy and split from the rest of the Church. This in turn created the Protestant Reformation 500 years later. During this 500-year period the Roman Catholic Church, through Thomas Aquinas, incorporated Aristotle’s philosophical system and scientific teaching into its theology. This brought not only theological ramifications, but also scientific ones.

When the natural philosophers of the Enlightenment period began to discover phenomenon which conflicted with Aristotle, the Catholic Church came down hard on them. The most famous case was that of Galileo. At first these philosophers were not challenging the theology of the Church. However, once the Catholic Church began making truth claims that the natural philosophers knew to be false, the question of what else the Church had wrong naturally arose. When this was combined with the Protestant Reformation, which had already rejected the Church’s authority, and the European wars of religion between Catholics and Protestants, a secular/atheistic alternative was sought. The essence of this alternative was that countries would no longer look to God and religion to guide them but to man’s reasoning alone. Since Europe was Christian, it was Christianity that became the enemy of the Enlightenment philosophers.

The Enlightenment came to America in the late 1800s under the guise of Humanism. It began to simmer in the cities and college campuses in the 1950s, and finally burst forth onto the college scene in the 1960s. Following its Enlightenment roots modern day liberalism is a decidedly anti-Christian movement with secular/atheistic roots. This doesn’t mean that every liberal is an atheist, but he will be against our society looking to the Christian God for its understanding of the world.

Therefore the culture war is not democrat vs. republican, or liberal vs. conservative, but Christian vs. anti-Christian. This is best seen by the disparate movements that came out of the 1960s. The only thing that binds the pro-abortion movement, the homosexual agenda, radical feminism and environmentalism, the drug culture, sexual promiscuity, easy divorce, etc. is that they are all anti-Christian.

Modern day liberalism is not a positive philosophy but a negative one. Its only goal is to get as much of Christianity as possible out of the public square. In its place they want an atheistic secular country, which has no inherent boundaries other than those put in place by those in power. This is why it is the liberal’s primary goal to obtain power. After they successfully remove God from society, the liberal will take the place of God over society, and America will be at their mercy.