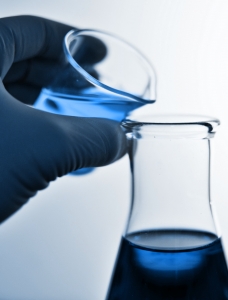 Modern scientists have defined science as being atheistic and naturalistic. Any particular scientist may personally believe in God, but he can not bring this belief to his work. Therefore any theory on origins, no matter how scientific in its approach, if God is in any way implied in its conclusion, is declared to be unscientific. As a result, modern scientists have made sure that naturalism cannot be challenged in the scientific arena.

Scientists say that all theories must be falsifiable. In other words, there has to be a way of proving them to be wrong. Since any attempt to prove naturalism wrong would need to have the supernatural as its conclusion, and this is not allowed in today’s science, then there is no way for it to be falsified. Therefore it has to be questioned as to whether naturalism it is a valid scientific theory.

If our justice system only allowed prosecutors into the courtroom, a sizable majority of the cases would return with a guilty verdict. If we were to add defense attorneys to the mix, then that majority would be radically lowered. It very well could be that the reason so many people believe in naturalism is because it is the only theory they have been taught.

To counter this, I think universities should offer a class in which one half of the semester students are taught naturalism, and then tested on their knowledge of the subject. In the other half they would be taught a theory, such as intelligent design, (by one truly knowledgeable in it) and tested again. The final would consist of writing a paper on which theory they believed to be correct and why. They would not be graded on which theory they chose, but on how well they defended their choice. This would not only give them an alternative to naturalism, but would also give them a means to properly evaluate it as a theory.

If naturalism is as obviously true as their proponents say, then they should have nothing to fear from such a class. The truth is always better seen when contrasted with that which is false. Therefore students would be able to see, in a much clearer light, the true superiority of naturalism. If not, then maybe some students would see its flaws and reject it. Either way for the first time students would be getting a real scientific education on origins, and there would finally be a way to falsify naturalism.