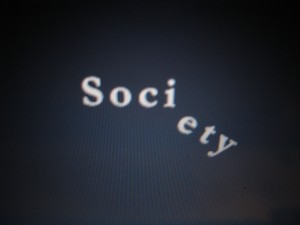 If the liberals win the culture war and are successful in removing Christian standards from society, the results could be disastrous. Every Christian, therefore, should in one way or another be engaged in this battle.

As Americans we used to see life through some form of Protestant Christian eyes. We were never an officially Christian country, but we chose our morals, and saw ourselves and the world around us, from that perspective. We certainly made many mistakes, and were not always true to our beliefs, but we had an objective standard by which we could be judged and corrected. In other words, our Christianity gave us boundaries that said we could go this far and no further. If we transgressed those boundaries, we could be chastised and brought back.

When we threw off Christianity in the 1960s, we replaced it with a Godless standard that relied upon human reason and the will of the majority. This is a subjective standard, which by its very nature has no inherent boundaries. Neither is there any way to judge what arises from it as right or wrong. In other words, whatever the majority declares becomes what is right, and the only way to change it is by some future majority. Unfortunately there is no way to judge either one, because there is no absolute standard by which to judge.

One example of this decline is seen by the acceptance of homosexual marriages. Marriage between one man and one woman is one of the last vestiges of a Christian world-view that our society has left. Since the family is the foundation of society, if we were to do away with the Christian understanding of it, we could no longer make a pretence at being a Christian culture. As a result, there would no longer be an absolute standard by which we could make moral judgments on anything, much less, who should and should not be getting married.

If we do not look to God for our moral understandings, why is anything inherently wrong? Is it written in the stars that murder and rape are wrong? Does the Big Bang tell us not to steal? Does evolution tell us not to commit adultery? As far as marriage goes: what about the polygamist? Why would it be wrong for a man to marry three women? Conversely, why would it be wrong for a woman to marry three men and a woman? Since there is no longer an absolute standard, our society could end up allowing virtually anything.

What the homosexuals need to realize is that the very system that today may allow them to marry, if sentiments change in the future, could have them jailed or killed. Once you leave morality to the arbitrary whim of the masses, anything is possible.

So according to liberalism, we could one day have very Christian morals and viewpoints, or we could just as easily end up with a Hitler-like outlook on the world. There is nothing to stop us from going in either direction. Of course, because of our Christian past most people don’t see us becoming excessively evil, but the point is, we have set up a system that allows for it, and no one can predict what will happen as a result. One thing that should be made clear, is that anyone who gives consent to this system must take partial responsibility for whatever comes from it. This includes Christians who stand idly by and allow it to happen.