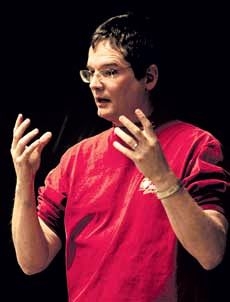 The first question that should be asked is, where was the Church while all of this was ongoing. To be fair some were shouting from the rooftops and fighting with all of their might, but most were asleep. I guess that much is obvious given the present state of affairs. The real question is why?

To begin with, I think that the Protestants, who were by far the largest Christian group in the country, really hurt themselves with all of their divisions. They could all agree that the Bible was the sole authority of Christianity, but they couldn’t agree as to what it meant. In the end, it seemed that every individual was his own authority. This led to so many different versions of Christianity that for a long time it was almost impossible for the different Christian groups to work together. Being divided, they were conquered.

When they finally decided that they needed to work together to stem the cultural decline, the only way they could find to do so was to compromise their beliefs. They decided that most Christian doctrine wasn’t necessary for salvation so they could put those aside and unify around the few they thought were necessary. This continual compromise only weakened them further. They lost the art of fighting for what they believed, and mastered the art of compromise so they could get along with others.

As should have been expected, this compromising didn’t stop at the door of the church, but proceeded into the culture at large. When faced with each battle of the culture war, they found it easier to give in to keep peace with society than to fight and make enemies. It wasn’t so much that the culture defeated them, as it was that they took the art of compromise they had learned in the Church, and applied it to the outside world.

Even down to the end when the government said it wouldn’t bother them if they stayed in their Churches, and didn’t bring their Christianity into the broader society, their first instinct was to compromise so they could preserve themselves.

They were also weakened by what came to be called the prosperity gospel. The American dream of prosperity was brought into their churches, and as a result they began to believe that God’s favor was expressed through material possessions. If they were prosperous and at ease then God was with them, but if they were poor and experiencing hardship then they must be in some manner of sin.

Even in those Churches that did not specifically preach prosperity, often times their members were still infected with it. They would spend more time trying to become wealthy than they would in seeking to become Christ like. The easy life was considered to be the good life so any sort of asceticism was out. Between the lack of focus on Christ and the easy living they were weakened even more.

Evangelism was also affected by this desire for wealth and comfort. Since being hated by the world made it harder to prosper and to be at ease, they began to believe that any evangelism that made the world hate them was bad, and that which caused the world to love them was good. Although there is nothing inherently wrong with what they called friendship evangelism, the reason many of them adopted it was to avoid persecution.

The Roman Catholic Church, which is the second largest church in America, didn’t fair much better. After having been beaten up for so many years over their historic wrongs, such as, the Crusades and Inquisitions, and their modern day sex scandals, they just wanted to show people that they really were likable and harmless. This created a very effeminate and gun-shy Church that avoided conflict like the plague. In addition, their desire to unify with the Orthodox and Protestant churches created within them the spirit of compromise, which weakened them further. When you add to all of that their continual battles from within with their liberal element, they became so weak that outside of the abortion debate, they became useless in the culture war. Even their participation in the abortion debate was a little deceptive, as it gave the world the impression that they were engaged in the war when really they were doing very little.

Many of our Orthodox Churches from the beginning were nothing more than ethnic country clubs that never saw past the church doors. Those that weren’t dying from within didn’t care much about the society without, other than maybe to gain acceptance from it. Because of our ancient ways most on the outside thought that we were strange, and many of our parishioners didn’t want to do anything to further that perception. This of course meant that evangelism or any ability to affect the culture was out.

Some of our churches wanted to unify with the Roman Catholic Church in order to honor our 1,000 years of shared history and common roots. Of course to do this they had to adopt the spirit of compromise, which weakened them and prepared them for the government’s call for unification at any cost. Other of our churches got the foxhole mentality and decided to hunker down for the long haul. This of course made them useless.

The Charismatic movement became a huge factor in creating a false unity and giving churches a mistaken sense of God’s favor, which furthered the deception that we really wouldn’t lose the culture war. For Protestant churches, since there was no historic connection to the Apostles or surety of correct doctrine, spiritual experience became the way to know that God favored them. With little or no spiritual discernment they accepted virtually all experiences as coming from God. This gave the Devil an opportunity to give them counterfeit ones that crossed denominational lines and furthered their false sense of unity.

It also allowed him to manipulate them into thinking that God was not only pleased with them, but was also doing a great work in society when all the while they were being defeated at every turn by the society. This false spirit kept them thinking that revival and a national awakening were just around the corner when in fact the noose was slowly being tightened around their neck.

As the charismatic movement slowly made its way into the Roman Catholic Church they came under similar delusions. When the Protestants and Roman Catholics began to realize that they had this experience in common, they began to put aside their differences and unite. This not only weakened them through compromise, but also fueled the idea that God was doing a great work in America so there was nothing to fear. They thought there might be some rough times, but in the end everything would work out in their favor.

Since the charismatic movement is based on an enjoyable experience with rock music as its catalyst, the idea of sacrifice was nowhere to be found in its ideology. It was believed if they had enough faith God would turn things around without them having to sacrifice. This led to a lot of emotional prayers but very little action.

Those churches that adopted rock and roll worship were trained to see Christianity as a party, and therefore had no taste for the fight that needed to be waged. They reasoned somewhat sub-consciously that since any real persecution was not fun, it could not truly be a part of Christianity. They had become so out of touch with Christian history that the historic persecutions were of no value as a teaching tool for them. Any persecution that did come upon them only enticed other churches that had not been part of the ecumenical movement to unite with them in order to be stronger. This was an instinctive show of Christian solidarity, which served only to strengthen them emotionally. Of course they had to compromise to do this, which once again only made them weak.

As the ecumenical movement gathered steam, the word quickly spread through the churches that the Holy Spirit’s new work was to make all Christians “one” as in Jesus’ prayer in John chapter 17. Because of this desire for unity, anyone challenging it or the charismatic and ecumenical movements, which were seen as its main catalysts, were considered to be blaspheming the Holy Spirit.

The Churches themselves began persecuting anyone who wouldn’t go along with the plan. They labeled them as proud and independent spirits that were hurting the great move of God, which was uniting all the churches as they had been in the early centuries of Christianity. On top of this, they were seen as harming the country itself which, amazingly they were still seeing as Christian.

When the government and the media began to tell churches that they should give up the culture war for the sake of national unity, so we could better combat our mutual enemies world wide, the ecumenical spirit made it easy for any that were still fighting (which of course were few) to give up and comply. They even got to the point where they sought to unify where they could (which was mostly on the moral front, although there were common prayer services to show unity) with Judaism and Islam, since we were all from the faith of Abraham, and there really only was one God. This unification only further weakened us, as we had to be careful not to offend our allies.

In the midst of all of this, an unofficial national religion sprung up. It’s main belief was that even though there was a God he could not be known. It was impossible therefore to know what the right religion was, and anybody who claimed to know was arrogant and probably dangerous. So a belief in God was fine, as long as you didn’t say your religion was the only right one, and try and convert others. As a result of this there was a lot of faith just very little true faith in a real God.

In the end even though these churches claimed to believe in God, they were in fact Godless. As in most things inspired by Satan the faith that is left in America is a mile wide and an inch deep. It seems as if there has never been more when in fact there has never been less.

To be fair, there are still some who are fighting the good fight, but they are few are far between. Jesus asked whether when he returned there would be any faith left in the Earth. More and more, in America at least, that is sounding like an excellent question.