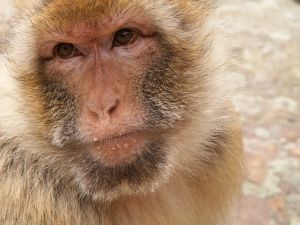 1. The theory of evolution was posited in order to show how the universe could come about without God:

A. It is a keystone to the secularist, humanist agenda and therefore is the enemy of Christianity.

B. This makes God the author of death and suffering and makes a mockery of the incarnation.

C. Why would God seek to save us from that which he created? If his creation is good, then death and suffering must be good, and therefore we would have no need to be saved from them.

D. Evolution also posits that we have progressed from a lesser to a more developed state. Therefore sin is also part of God’s creation, and we have no need to be delivered from it.

E. Christianity claims that everything God created is good, and that it was man’s rebellion that brought death and sin into the world.

F. Man has fallen from a greater to a lesser state, and needs to be saved from this lesser state.

3. There is nothing in the world around us, which should lead us to think that everything came about by chance:

A. Everything we see around us, that we know where it came from, and has complexity, order, and usefulness somebody made.

B. Everything from a chain link fence, to a bicycle, to a beaver dam, has been put together by an intelligent being.

C. Therefore it follows that an intelligent being has also made the creation, which has complexity, order, and usefulness to a much greater degree.

D. A follows B much more easily for us than it does for them.

B. Once again A follows B much easier for us than it does for them.

5. In both the creation and evolutionary models something had to be preexistent because you can’t get something out of nothing:

A. For us it is God and for them it is matter.

6. In both cases, since no one was present to see the beginning of the universe, it comes down to faith. It is impossible to prove either one:

A. Either there is a God who created or everything happened by chance.

B. We say God did it; they say stuff happens.