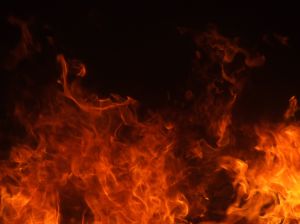 1. Middle Ages Roman Catholicism, and most of Protestantism today, believed that we went to Hell because God was angry that we broke his law and needed his anger and justice appeased:

A. God by definition has no needs, and so does not have to judge in order to satisfy something within him.

B. This belief also had the effect of dividing the Trinity, as God the Father was angry and needed to be appeased, and God the Son was merciful willing to sacrifice himself for man.

C. The scripture says that God sent his Son into the world because he loved the world not because he was angry and needed justice.

2. A more Orthodox view is that we go to Hell because we are not fit for Heaven, and that we refuse to repent so we can be made fit:

A. Heaven is a place typified by the perfections of God’s love.

B. We cannot dwell there in our fallen and sinful state.

C. God, out of love for us, sends his Son to deliver us from sin and death so that we will be able to dwell with him eternally.

D. Our part is faith, repentance, and obedience.

E. If we refuse to do our part then we will not be fit to dwell in Heaven and must be cast out.

3. When Jesus spoke of Hell he referenced a smoldering garbage dump outside Jerusalem.

A. Hell is the eternal human garbage dump.

4. The Roman Catholic/Protestant understanding of Hell said that it was eternal because God refused to forgive once we died:

A. He had to exact an eternal punishment to satisfy his justice.

5. The Orthodox view is that God never refuses to forgive, but man in that state refuses to repent:

A. God is eternally forgiving. So much so that if the Devil repented God would forgive him. The problem is that he won’t.

B. The same is true of man.

6. God is love and all sin is a sin against love. If we sin we show that we either do not love God, our fellow man, the creation, or ourselves, as we should:

B. If we are sinful then the love of God will be a condemnation to us.

C. It will expose and condemn all of those times that we should have shown love and did not.

D. Our minds will become darkened, the worm of guilt will gnaw at us, and the flames of the passions will burn within us.

E. If we are pure then the love of God will fill us and be Paradise to us.

7. The same God shines on the just and the unjust:

A. We are not separated from God in Hell as this is what the sinner wants and therefore it would not be Hell.

B. The sinner’s Hell is the presence of God. Because of his sin God’s presence condemns him, and since he can never get away from it, and never comes to repentance, his sin in the midst of God’s presence torments him forever.