The Filioque, which means “and the Son”, was introduced into the Nicene Creed by the Catholic Church in the 11th century. The original Creed read that the Holy Spirit proceeded from the Father. The Roman Catholic Church changed it to read that the Holy Spirit proceeds from the Father and the Son. The following essay is an attempt to show why the Filioque is a Trinitarian heresy. 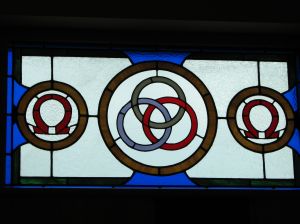 Qualities such as one will, mind, action, and essence, express one God since all three persons share them. Characteristics such as Father, Son, Holy Spirit, begotten, and proceeding, show distinctiveness of persons since they are specific to only one of the persons.

The original Nicene Creed had the Father alone begetting a Son and bringing forth the Holy Spirit. As a result only the Son is begotten and only the Holy Spirit proceeds. Each of these characteristics reflects distinctiveness of persons.

The Filioque does not express the one God aspect of the Trinity nor does it distinguish between the three persons. Therefore it does not belong as a characteristic of the Trinity and is rightly labeled as a heresy.