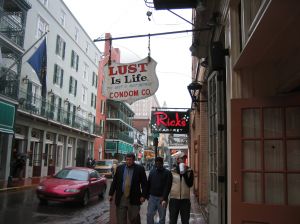 1. Some say that if we would do more to push the use of condoms a lot of our sexually related problems would cease:

A. The problem is that the situations in which condoms are most needed are the ones in which they are least likely to be used.

B. Most of the time sexual diseases and unwanted pregnancies do not happen in long-term relationships but in casual hookups.

2. Most people do not carry condoms with them:

A. Most guys despite all their bluster and desire do not think that on any given night they will be having sex.

B. Many are still too embarrassed to buy them.

C. Most women, who do not have a steady boyfriend, will not carry a condom in their purse for fear of being seen as a whore ready to have sex with the next available guy.

3. Even if a guy has a condom he is unlikely to use it during a casual hookup:

A. In most of these situations alcohol and hormones will be raging, and this is definitely not conducive to clear thinking.

B. Even if a guy does think of it, if he hasn’t had sex in a while, he may not want to stop the process, for fear that the girl will begin to have second thoughts while he is trying to find his condom and put it on.

4. As a society we have preached condoms for 25 years:

A. After all of that time we still have a million to a million and a half abortions a year, and we have more sexual diseases now than we did when we started.

B. If condoms have not worked in 25 years, during which time we have practically given them away, why do we think if we give it five more years they will?

C. If any of us were to try the same solution to a problem for 25 years without any success people would think we were crazy.

D. In my opinion our society is so crazed with sexual lust that we cannot think clearly.